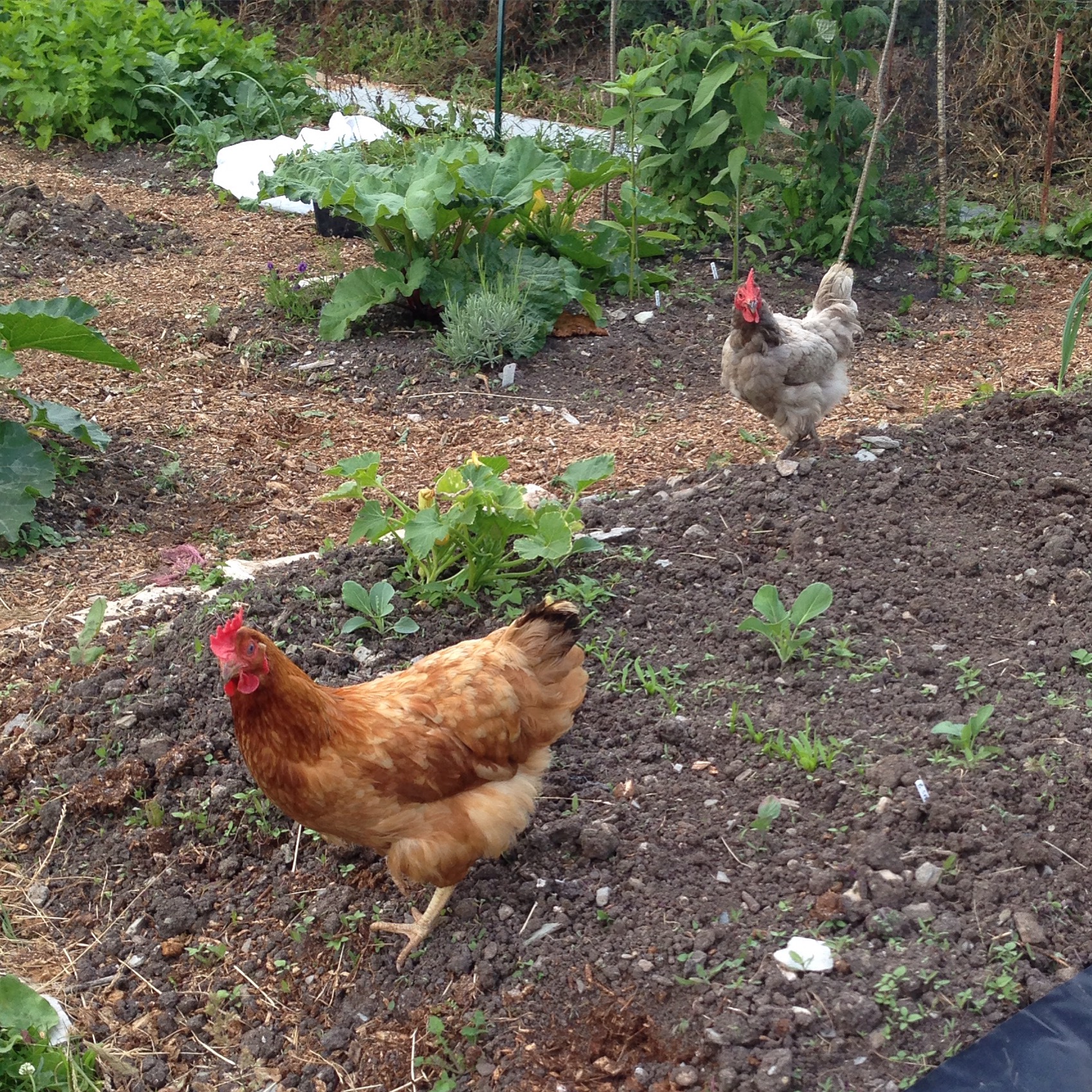 The first year on our allotment and chicken keeping has taught us many things, here are 5 that spring to mind: 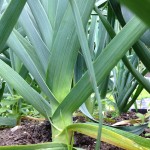 You can’t plant leeks too deeply…  I thought I had planted last years plenty deep enough, but there’s not much white ‘stem’ on them and the exposed tops have really suffered over winter. If they were deeper, they would have been more protected – simple!

Nothing is safe from the chickens…  Chickens will eat, peck at, scratch up anything within their reach. And if it’s not in their reach, they will climb on and knock over things until they get there! 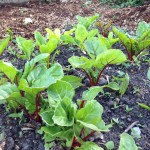 We don’t really like Swiss chard that much…  Or broad beans… or courgettes. They’re all easy to grow, so you feel ‘successful’ at gardening. But we just don’t use them and an awful lot goes to waste. 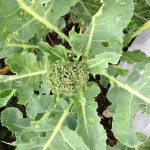 It’s worth protecting crops from the very start… This is an obvious one, but it’s easy to underestimate the damage rabbits, pigeons, blackbirds and those pesky cabbage whites (or rather their offspring) can do to freshly planted peas, just ripe fruits or brassicas that look like they’re doing really well. It’s so disheartening to lose crops like that. So cover early and properly!

Sometimes, just being there is enough…  An allotment on a sunny day is a wonderful place. And sometimes, even if there’s things to do, you just want to be there and sit quietly. I’d often wondered at people who go to their allotments and just sit – I always thought, what’s the point? Now I know! 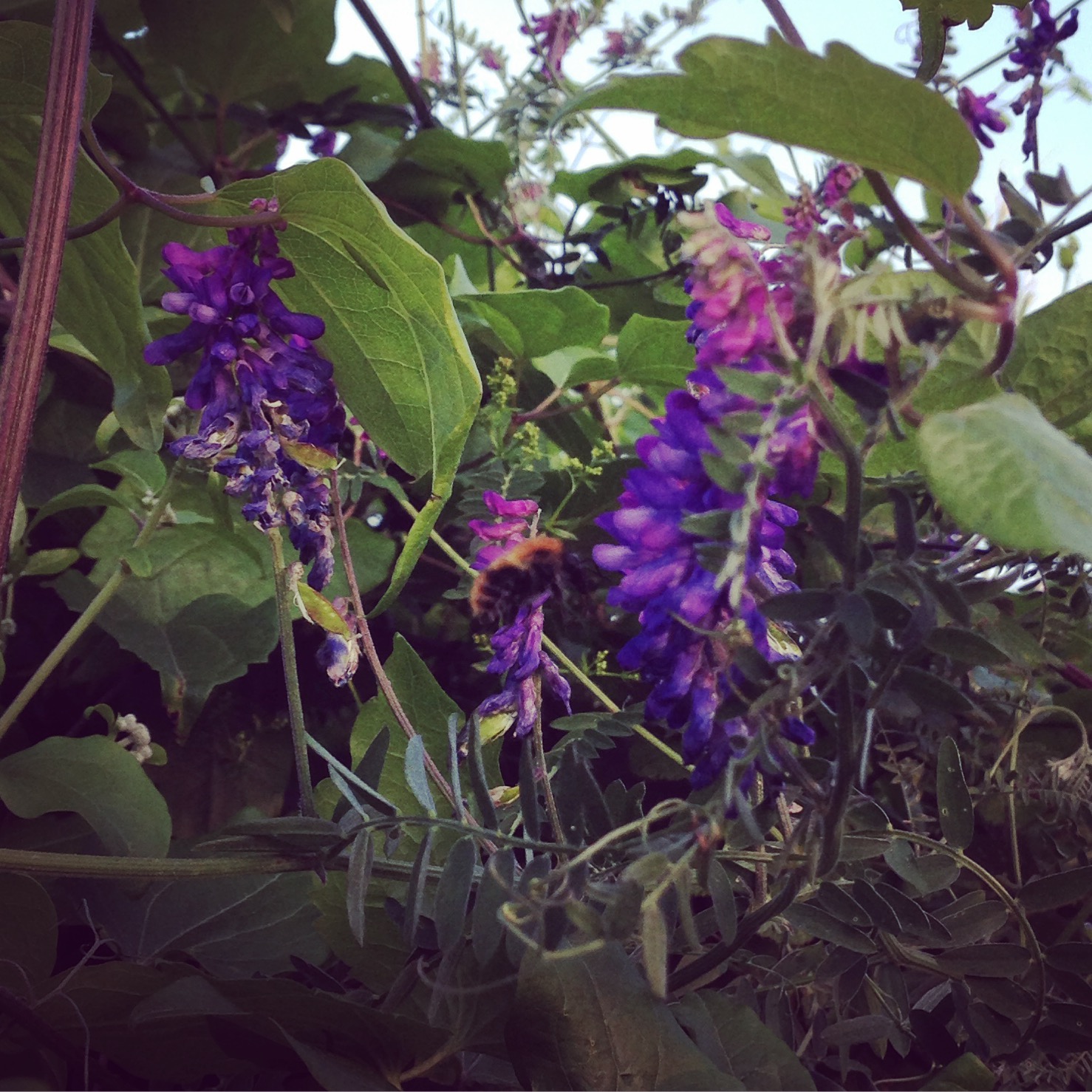 Whilst the main aim of having an allotment (for me) is to grow more vegetables than I could possibly squeeze into my tiny little garden, I would also like to grow some flowers there. For one thing, I just like flowers and secondly, the more food for the bees the better really! I am in the pesticide free, #savethebees camp although I don’t think I do nearly enough about it. In an effort to do more, I treated myself to these seeds today – Rudbeckia and two types of Scabious. I bought a small Scabious plant a few years ago and was amazed at how many bees would scramble all over this little plant every single day. And for a very small plant, it provided copious amounts of flowers over a long season. I managed to keep this little plant going for about 2 years before it faded to nothing. I also have a Rudbeckia plant, but would love more and buying them as plants is an expensive way of doing it so thought I’d try the seeds. Both are recommended as good plants for attracting bees and other pollinators, which is obviously great on an allotment! We already have several lavender plants dotted around the allotment, one of my favourite plants alongside Scabious, another fabulous plant for bees and other insects.

I’d love to be proficient enough a gardener to grow a huge variety of flowers for cutting, but my current gardening skills and dedication does push me more towards growing simple to care for, but effective plants! Bushy plants that I just dead head, then cut back and protect over winter seem to work well for me – and it’s a good job we live in the relatively mild climate of North Cornwall as I regularly neglect to protect plants over winter! Good job we haven’t really seen much in the way of frost this year!

Unfortunately, as mentioned in my previous post, the poly tunnel didn’t survive the winter on the allotment (it gets pretty windy there) and we haven’t sorted a replacement yet. So starting seeds will have to be done at home. The trouble with this is space and a lack of protection, but we will just have to try and see what happens! 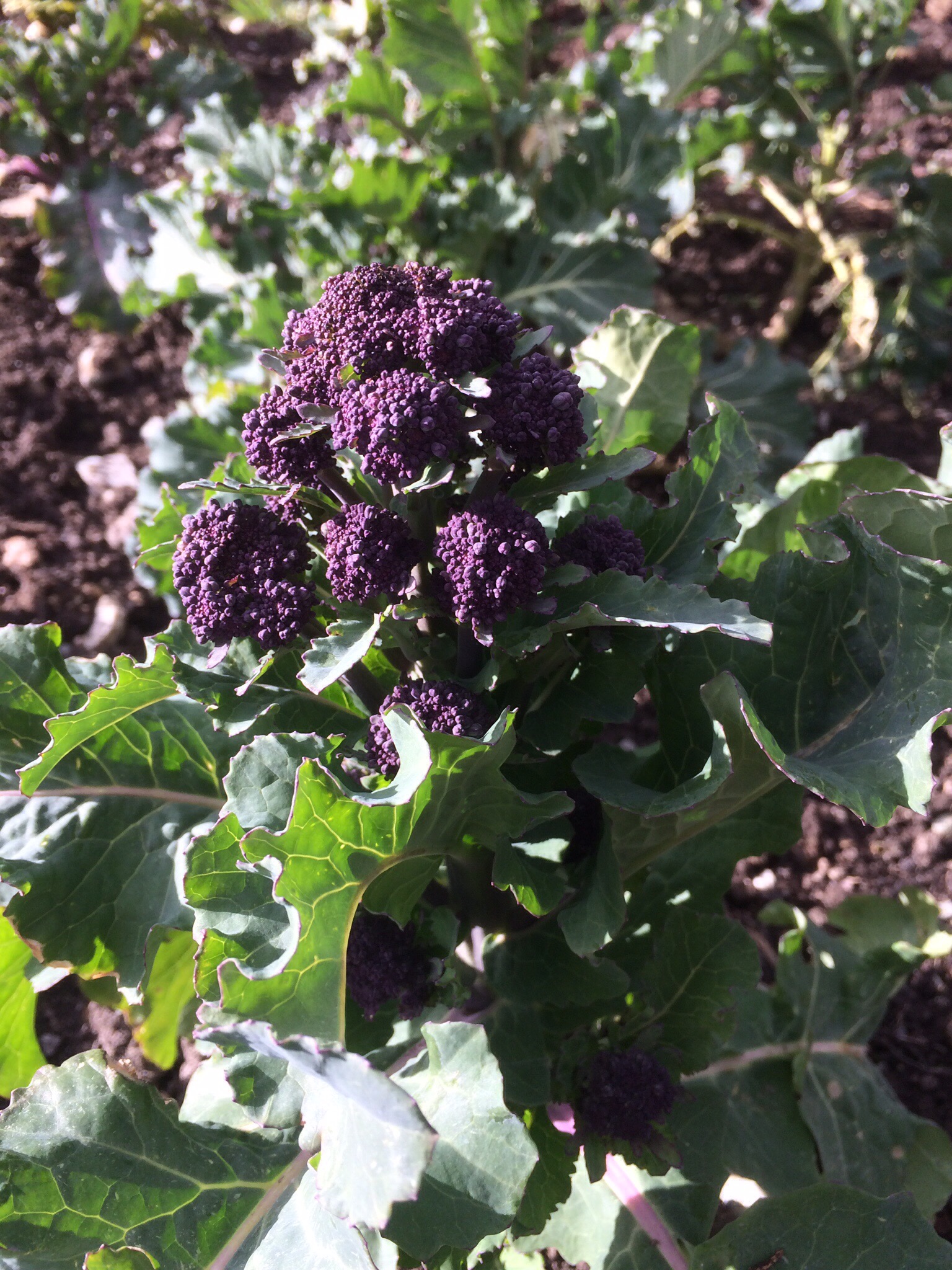 The sun shone in Cornwall for a good few hours this weekend! Ashley and I have been meaning to get to the allotment for several weeks now, however bad weather and a dislike for standing out in the cold meant that we kept putting it off! The last meaningful visit to the allotment was just before Christmas to dig up some parsnips for our Christmas dinner!

We were greeted by a flattened gate and we were already aware that the poly tunnel hadn’t survived the winter. There was little other damage which was a relief! The aim of the day was to clear weeds from the beds. Working at a leisurly pace in the sunshine was a joy – I was a little worried that I had fallen out of love with the allotment already, but it turns out it was just the weather that was the problem!

3 hours of weeding later, all but one bed was weeded, the autumn raspberries had been cut right back (leaving a few new shoots that were already growing), and we moved some wooden boards to mulch different parts of the paths between beds. We completely filled the (previously pretty much empty) compost bin! It felt very much like a job well done and it’s great to have the beds cleared ready for this years seedlings. 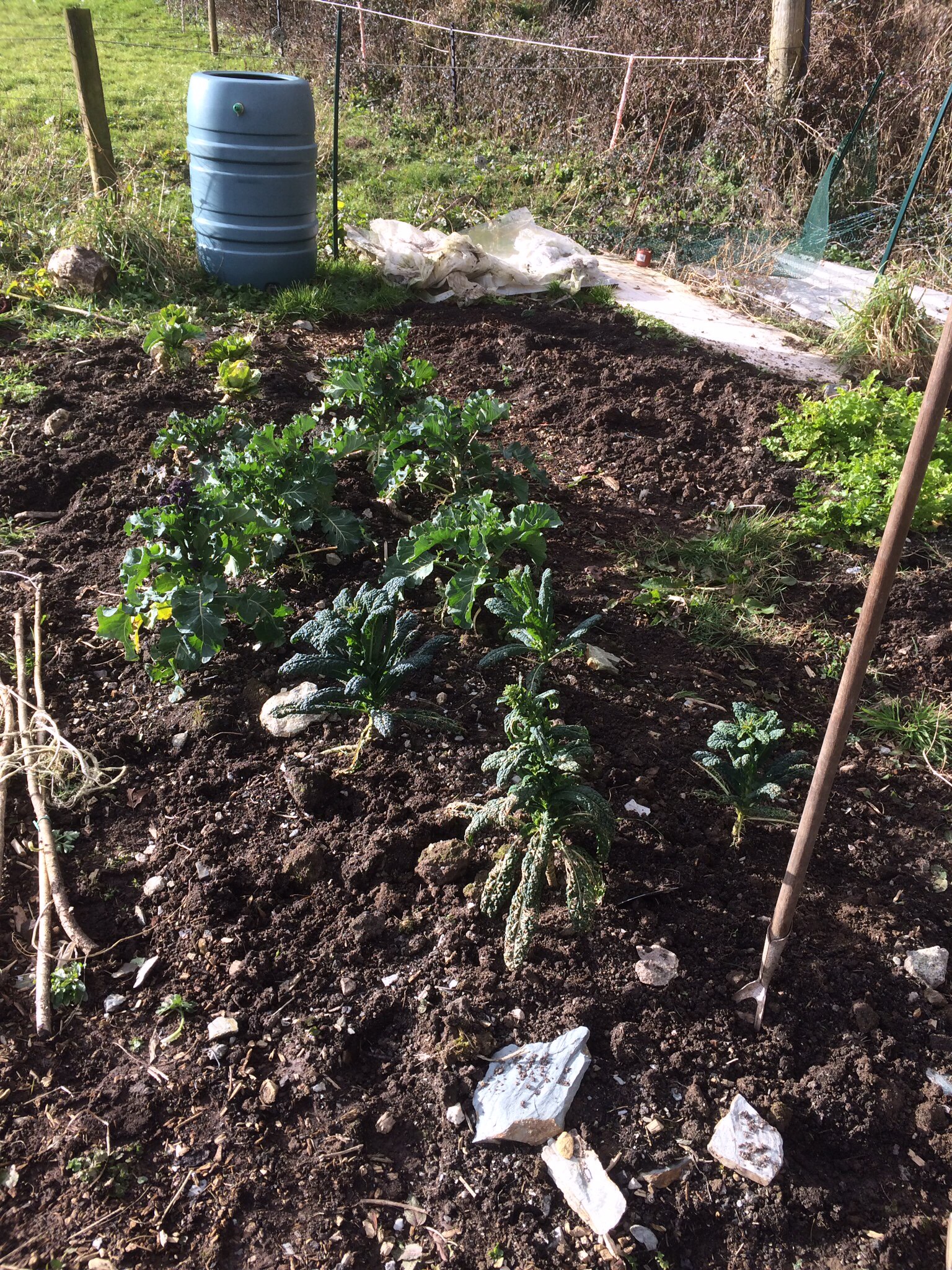 We already have some cabbage, kale and purple sprouting broccoli growing that were planted last autumn. The unused parsnips are still in the ground to be dug up as we want them and there are also some leeks left in the ground, although they aren’t looking too great. I thought the leeks would be fine left in the ground over winter – maybe it’s just been too wet for them or maybe I should have stored them some other way. I will have to do some research for next year.

At this time of year, it seems quite exciting to see the purple sprouting broccoli in its glorious colour! 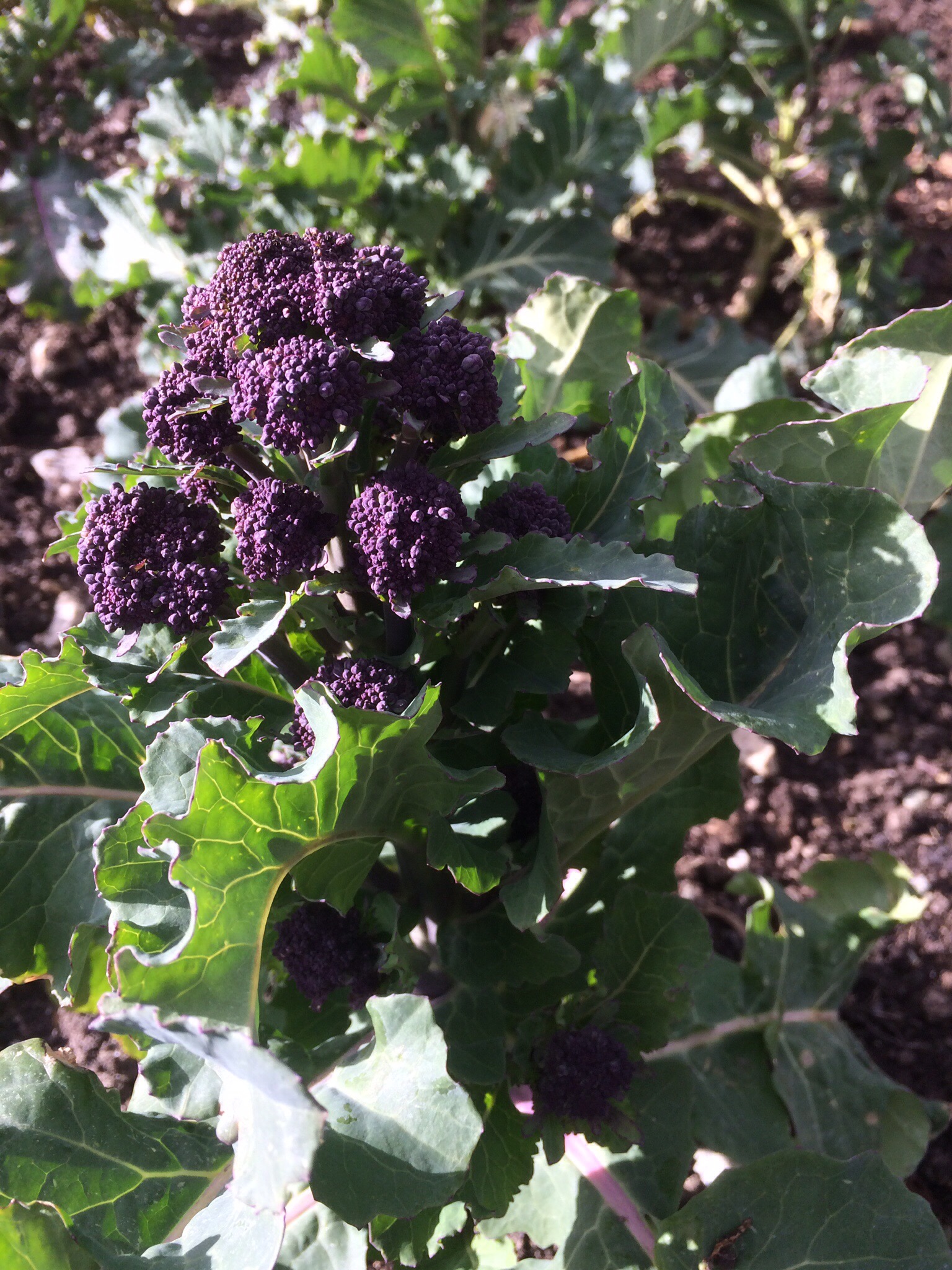 I am ever so pleased that the autumn raspberries have spread, but I’m a little concerned that the rhubarb doesn’t appear to be showing any growth at all after dying right back before Christmas. We will see soon enough if it has survived or not, and there’s nothing I can do about it now.

Next, planning when to start seeds off and get planting at home. Thanks for reading!